When you are organizing an event, whether it is a birthday party, stage shows or an expo, the main concern is to make the event successful. Event organizers are constantly looking for new, creative and out-of-the-box ideas to make the event unique and appealing. One of the latest and trending ideas for parties and events is dinosaurs popping up everywhere. Realistic T-Rex dinosaur suits have become a pop culture prop today, and their appearance is no longer limited to dinosaur parks. The most surprising thing about realistic T-rex costume is that it attracts everyone, young and old. In fact, it has been seen that adults are biggest users of realistic dinosaur costumes rather than kids.

Did you come across a viral incident where a bridesmaid wore dinosaur costume to her sister’s wedding because she was told she can wear anything? Well, this is surely a crazy idea, but there are other more reasonable uses of dinosaur costumes that you need to know.

Why T-Rex is so Popular?

T-Rex is one of the most popular dinosaurs, thanks to the movies like Night at the Museum or Jurassic Park. It was one of the largest and most fearsome carnivores present on the earth in their age. So, if you are wondering what made the T-Rex popular, well there is definitely no concrete answer.  But, T-Rex definitely has a significant impact on the understanding of dinosaurs among people.

These big scary mythical creatures have always allured and interested people. Though there are no T-Rex around now-a-days, an accurately created T-Rex costume can make people grin or shock them leaving their eyes open. Inflatable T-Rex costume can be easily found, but if you want a realistic dinosaur costume, you need to see ahead of inflatable costumes. The T-Rex costume by Only Dinosaurs is truly a game changer in the market. They provide these costumes for special occasions. These are like corporate events, birthday parties, comic cons, schools, sports centers and more.

When can you use a T-Rex Costume?

There are several places where a dinosaur costume can be an attraction, apart from the dinosaur park. It can include –

Occasions where you can use T-Rex Costume

Finding a Realistic T-Rex Costume by Only Dinosaurs 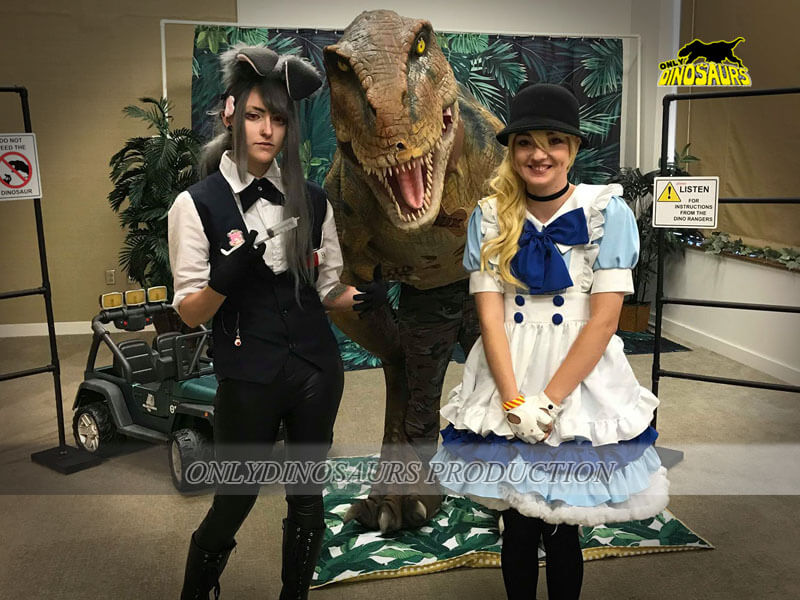 The T-Rex dinosaur costume is the latest product by Only Dinosaurs. Their T-Rex costume is around 8 feet tall and 15 feet long and comes with a sturdy stainless steel frame. It comes with dinosaur sounds, roars, opening and closing mouth, blinking eyes and more. The eyes and mouth movements are controlled by 2 separate cables. The cables simply make the dinosaur come alive. In this case, the performer stands on the stilts, and their legs are covered. If the performer is experienced, he can make lifelike movements. The T-Rex nose comes with an invisible camera to see the outside.

Price of a T-Rex Dinosaur Costume 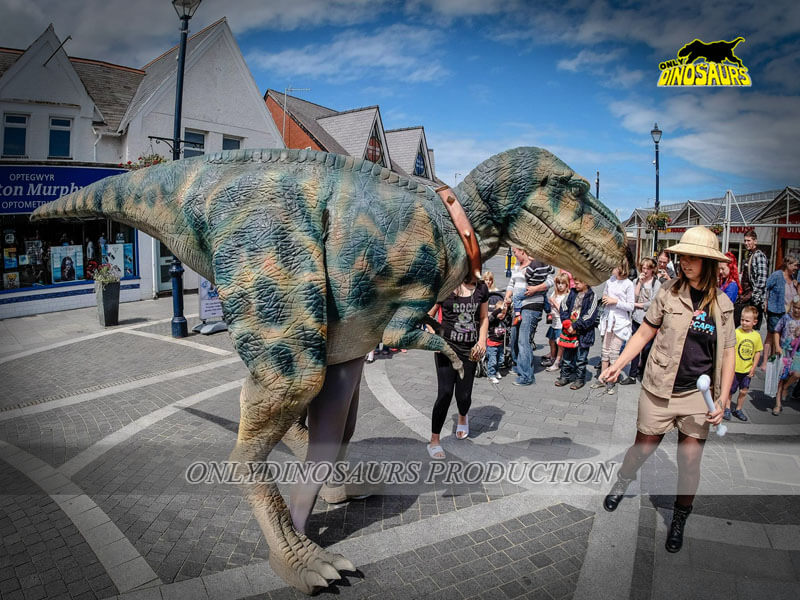 Only Dinosaurs is a design based company that only manufactures only realistic dinosaur costumes. That’s one of the reasons they make sure every part of the costume is perfect to the details. They have also given the entire control of the dinosaur to the performer riding the costume. From monitor for outside view to hand brakes to control blinking eyes, all the functions can be controlled.

The price of a T-Rex is mainly dependent on its customizations and the shipping cost. You can get in touch with them for the actual costs. You can choose between air freight and sea freight. While delivery through the air is faster, sea shipping is the most economical way. So, if you have the time of around 30 days, you can choose sea freight to get your T-Rex delivered from the factory to the destination port. For customization in costumes, you need to get in touch with the team and they can help you further. The Only Dinosaurs team has the skills and craftsmanship to fabricate any T-Rex costume. They will understand the uniqueness you are looking for in the costume and design the T-Rex accordingly.

Wave dinosaur tail, blink those deadly big dinosaur eyes while roaming around the area as if you are the king. A T-Rex Dinosaur costume is just the best way to get attraction from crowds. Roaring and stomping, their actions can be really really scary. Don’t be surprised if your visitors forget that these are fake dinosaurs and scream with fright. These dinosaurs can walk, run, roar and move around just like real ones. Just make sure the T-Rex does not knock anyone down with their tail!