Birthday parties are the best times to unleash the larger-than-life side of people. And what can be better than having clothing or themes reflecting such? Specifically kids, who look forward to their most joyous days of the year!  An average kid’s birthday party will usually do justice to the age-old patterns of accessorizing and decorating. How about making it a little extreme this time with a Ride-On dinosaur costume or Riding T-Rex costume? Think of walking dinosaurs and your kids will be amazed at finding these creatures they’ve merely read or heard of, interacting and roaring in the party! Your little one will be amazed at a choice that many would not even dare to think of. Also, his friends will take the necessary cues and start planning for their big day.

So it might occur to you that ‘why dinosaurs’, when there are a plethora of ideas to select from? Frankly, kids love dinosaurs. Have you ever seen how their eyes spark up simply looking at those videos?  Or even while playing with them when in virtual reality play zones? Michael Crichton had to put a lot of effort in bringing these out-of-the-world creatures to life in his ‘Jurassic Park’ collection.

Even Steven Spielberg who started adapting the series on screen knew the exact level of hard work he had to put to let the film shine and stay etched in the memories, long after it’s made. The film stands one of the highest grosser in the history of blockbuster hit films ever made. Combined with that is an experience that’s simply unmatched and unforgettable, both for kids and adults. Thereafter, there were talented filmmakers too, who showcased different sides of the story spun wonderfully.

What are the possible activities you can bring to the table with Dinosaurs?

So now that you have more or less made your mind to surprise your little one on the grand day with dinosaurs, think of introducing some quirky games and activities to make the party fun. Alongside kids, you can have walk and race the dinosaur, depending on the space available. Also, playing or dancing with the different categories of dinosaurs means your kids can learn about the different types that ever walked the space of earth. Innovative tasks can also be introduced like feeding your dinosaur buddy, dressing it, clicking selfies and group pictures. Additionally, they can give you company during the cake-cutting and singing ceremony.

What are the options among Dino dresses?

But that’s not all! How would the kids feel it’s a real thing, if you do not make them dress according to the theme? Having dinosaur suits and accessories imply you’re doing a fabulous job in ensuring everything is in place. 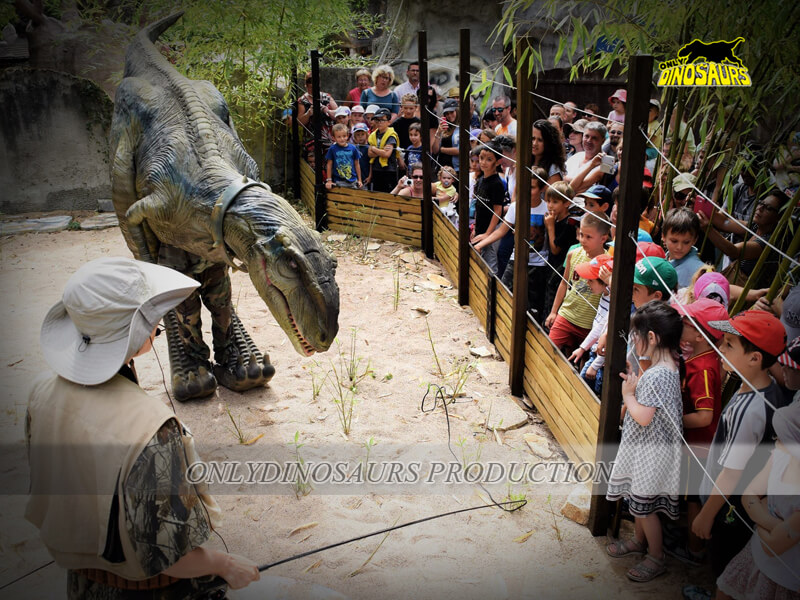 Below mentioned is a list of few realistic dinosaur costumes that you must definitely go for. 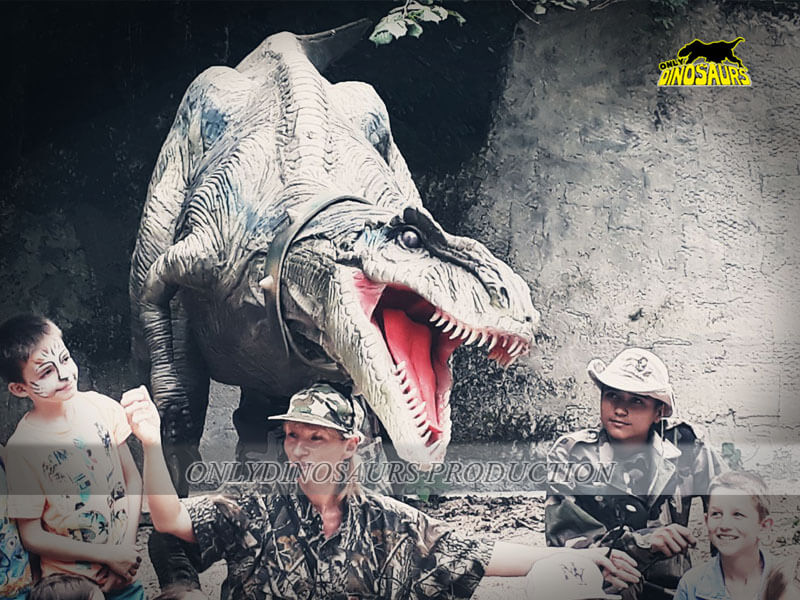 How to select the best Ride-On Dinosaur costume?

While it’s a tad tough to comment about which attire stands the best, you can take a look at the different materials available in market. For kids, it will be ideal to stick to materials, which render them comfort at every point of the party. You can also opt for printed designs or try the plain ones. But always ask your kid if he or she is comfortable with the masks, hats and jumpsuits or any one of these.

The idea is to stand unique and provide kids the maximum enjoyment. Alternatively, you can have your own attire Ride-On T-Rex costume too! After all, the birthday party must reflect the theme in every possible way.